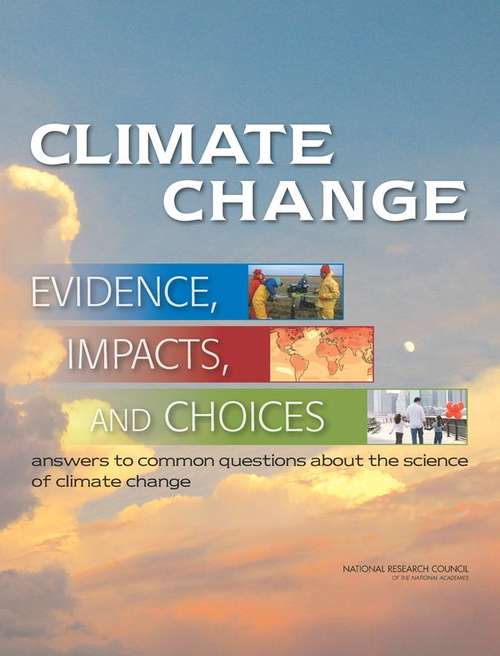 What is climate? Climate is commonly thought of as the expected weather conditions at a given location over time. People know when they go to New York City in winter, they should take a heavy coat. When they visit the Pacific Northwest, they should take an umbrella. Climate can be measured as many geographic scales - for example, cities, countries, or the entire globe - by such statistics as average temperatures, average number of rainy days, and the frequency of droughts. Climate change refers to changes in these statistics over years, decades, or even centuries. Enormous progress has been made in increasing our understanding of climate change and its causes, and a clearer picture of current and future impacts is emerging. Research is also shedding light on actions that might be taken to limit the magnitude of climate change and adapt to its impacts. Climate Change: Evidence, Impacts, and Choices is intended to help people understand what is known about climate change. First, it lays out the evidence that human activities, especially the burning of fossil fuels, are responsible for much of the warming and related changes being observed around the world. Second, it summarizes projections of future climate changes and impacts expected in this century and beyond. Finally, the booklet examines how science can help inform choice about managing and reducing the risks posed by climate change. The information is based on a number of National Research Council reports, each of which represents the consensus of experts who have reviewed hundreds of studies describing many years of accumulating evidence.