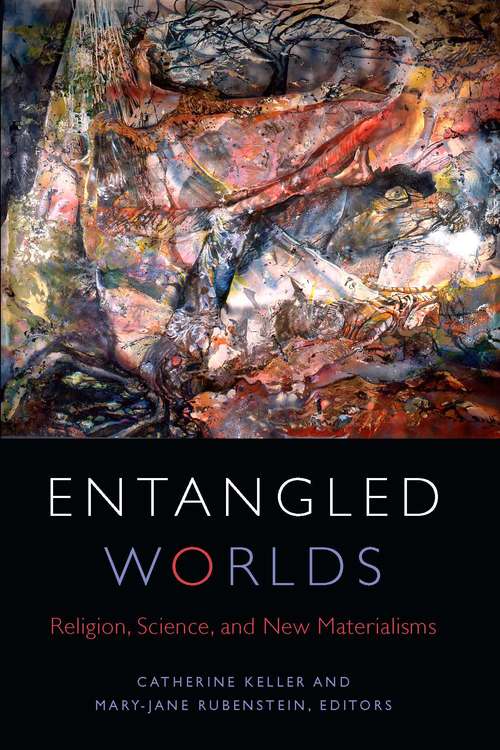 Historically speaking, theology can be said to operate “materiaphobically.” Protestant Christianity in particular has bestowed upon theology a privilege of the soul over the body and belief over practice, in line with the distinction between a disembodied God and the inanimate world “He” created. Like all other human, social, and natural sciences, religious studies imported these theological dualisms into a purportedly secular modernity, mapping them furthermore onto the distinction between a rational, “enlightened” Europe on the one hand and a variously emotional, “primitive,” and “animist” non-Europe on the other. The “new materialisms” currently coursing through cultural, feminist, political, and queer theories seek to displace human privilege by attending to the agency of matter itself. Far from being passive or inert, they show us that matter acts, creates, destroys, and transforms—and, as such, is more of a process than a thing. Entangled Worlds examines the intersections of religion and new and old materialisms. Calling upon an interdisciplinary throng of scholars in science studies, religious studies, and theology, it assembles a multiplicity of experimental perspectives on materiality: What is matter, how does it materialize, and what sorts of worlds are enacted in its varied entanglements with divinity? While both theology and religious studies have over the past few decades come to prioritize the material contexts and bodily ecologies of more-than-human life, Entangled Worlds sets forth the first multivocal conversation between religious studies, theology, and the body of “the new materialism.” Here disciplines and traditions touch, transgress, and contaminate one another across their several carefully specified contexts. And in the responsiveness of this mutual touching of science, religion, philosophy, and theology, the growing complexity of our entanglements takes on a consistent ethical texture of urgency.