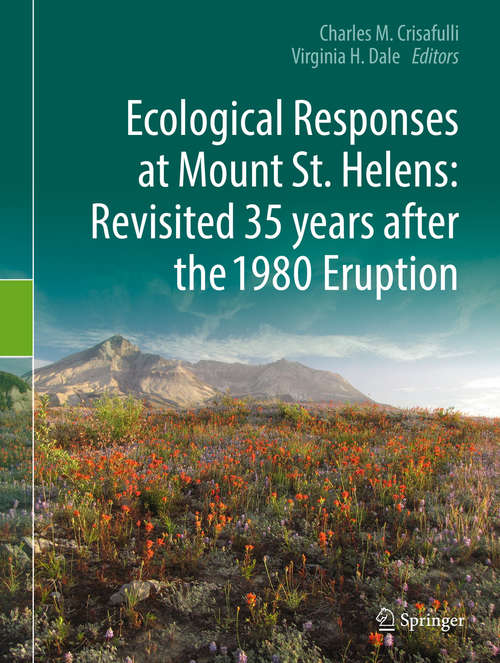 This book builds on existing work exploring succession, disturbance ecology, and the interface between geophysical and biological systems in the aftermath of the 1980 eruptions of Mount St. Helens. The eruption was dramatic both in the spatial extent of impacts and the range of volcanic disturbance types and intensities. Complex geophysical forces created unparalleled opportunities to study initial ecological responses and long-term succession processes that occur in response to a major contemporary eruption across a great diversity of ecosystems--lowland to alpine forests, meadows, lakes, streams, and rivers. These factors make Mount St. Helens an extremely rich environment for learning about the ecology of volcanic areas and, more generally, about ecosystem response to major disturbance of many types, including land management. Lessons about ecological recovery at Mount St. Helens are shaping thought about succession, disturbance ecology, ecosystem management, and landscape ecology. In the first five years after the eruption several syntheses documented the numerous, intensive studies of ecological recovery. The 2005 volume "Ecological Responses to the 1980 Eruption of Mount St. Helens" (Springer Publishing) was the first ecological synthesis since 1987 of the scores of ecological studies underway in the area. More than half of the world's published studies on plant and animal responses to volcanic eruptions have taken place at Mount St. Helens. The 25-year synthesis, which generally included investigations (i. e. , data) from 1980-2000, made it possible to more thoroughly analyze initial stages of ecological responses and to test the validity of early interpretations and the duration of early phenomena. And 35 years after the eruption, it is time for many of the scientists working in the first three-decade, post-eruption period to pass the science baton to the next generation of scientists to work at Mount St. Helens, and a synthesis at this time of transfer of responsibility to a younger cohort of scientists will be an enormous asset to the continuation of work at the volcano.