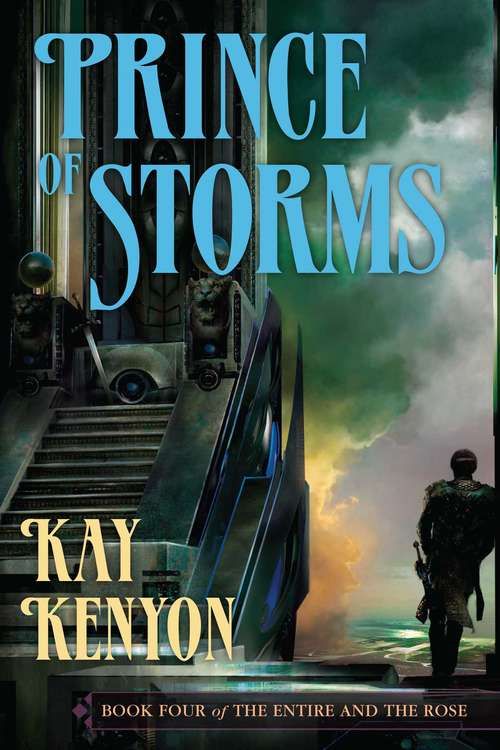 . . . a splendid fantasy quest as compelling as anything by Stephen R. Donaldson, Philip Jose Farmer or, yes, J. R. R. Tolkien. --The Washington PostReminiscent of the groundbreaking novels of Philip K. Dick, Philip Jose Farmer, and Dan Simmons. --Library JournalKay Kenyon's Bright of the Sky and just-released A World Too Near feature a brilliant SF setting that rivals Larry Niven's Ringworld and Philip Jose Farmer's Riverworld series for sheer inventon, advneture, complexity and sense of wonder. --OmnivoraciousOne of the most imaginative creations in recent science fiction history. --SFSiteIN THIS SERIES KAY KENYON HAS CREATED HER MOST VIVID AND COMPELLING SOCIETY YET, THE UNIVERSE ENTIRE. REVIEWERS HAVE CALLED THIS A GRAND WORLD, AN ENORMOUS STAGE, AND A BRAVURA CONCEPT. Finally in control of the Ascendancy, Titus Quinn has styled himself Regent of the Entire. But his command is fragile. He rules an empire with a technology beyond human understanding; spies lurk in the ancient Magisterium; the Tarig overlords are hamstrung but still malevolent. Worse, his daughter Sen Ni opposes him for control, believing the Earth and its Rose universe must die to sustain the failing Entire. She is aided by one of the mystical pilots of the River Nigh, the space-time transport system. This navitar, alone among all others, can alter future events. He retires into a crystal chamber in the Nigh to weave reality and pit his enemies against each other. Taking advantage of these chaotic times, the great foe of the Long War, the Jinda ceb Horat, create a settlement in the Entire. Masters of supreme technology, they maintain a lofty distance from the Entire's struggle. They agree, however, that the Tarig must return to the fiery Heart of their origins. With the banishment immanent, some Tarig lords rebel, fleeing to hound the edges of Quinn's reign. Meanwhile, Quinn's wife Anzi becomes a hostage and penitent among the Jinda ceb, undergoing alterations that expose their secrets, but may estrange her from her husband. As Quinn moves toward a confrontation with the dark navitar, he learns that the stakes of the conflict go far beyond the Rose versus the Entire--extending to a breathtaking dominance. The navitar commands forces that lie at the heart of the Entire's geo-cosmology, and will use them to alter the calculus of power. As the navitar's plan approaches consummation, Quinn, Sen Ni, and Anzi are swept up in forces that will leave them forever changed. In this rousing finale to Kenyon's celebrated quartet, Titus Quinn meets an inevitable destiny, forced at last to make the unthinkable choice for or against the dictates of his heart, for or against the beloved land. Kay Kenyon, nominated for the Philip K. Dick and the John W. Campbell awards, began her writing career in Duluth, Minnesota as a copywriter for radio and TV. She is the author of nine sf/f novels including Bright of the Sky, A World Too Near, and City Without End. Recent short stories appeared in Fast Forward 2 and The Solaris Book of New Science Fiction, Vol. Two. Her work has been translated into French, Russian, Spanish and Czech. When not writing, she encourages newcomers to the field through workshops, a writing e-newsletter, and a conference in eastern Washington State, Write on the River, of which she is chair. She lives in Wenatchee, WA with her husband. Visit her online at www. kaykenyon. com