Philosophy and Politics at the Precipice 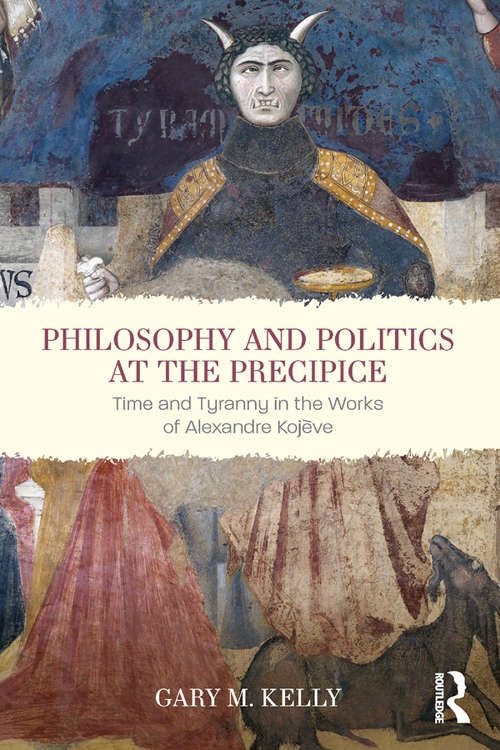 Philosophy and Politics at the Precipice maintains that political philosopher Alexandre Kojève (1901–68) has been both famously misunderstood and famous for being misunderstood. Kojève was famously understood by interpreters for seeing an "end of history" (an end that would display universal free democracies and even freer markets) as critical to his thought. He became famously misunderstood when interpreters, at the end of the twentieth century, placed such an end at the center of his thought. This book reads Kojève again – as a thinker of time, not its end. It presents Kojève as a philosopher and precisely as a time phenomenologist, rather than as a New Age guru. The book shows how Kojève’s time is inherently political, and indeed tyrannical, for being about his understanding of human relation. However, Kojève’s views on time and tyranny prove his undoing for making rule impossible because of what the book terms the "time-tyrant problem." Kojève’s entire political corpus is best understood as an attempt to rectify this problem.

So understood, Philosophy and Politics at the Precipice provides fresh perspective on the true nature of Kojèvian irony, Kojève’s aims in the Strauss–Kojève exchange, and how Kojève at his best captures a philosophical, phenomenological time, one that marks some of the most dynamic and unique events of the twentieth century.

Headlines have largely erased the notion that history has ended. Philosophy and Politics at the Precipice, on the other hand, provides the philosophical justification for arguing that the end of the last millennium was not an end and that, for his view of time, Kojève remains a thinker for the times ahead.