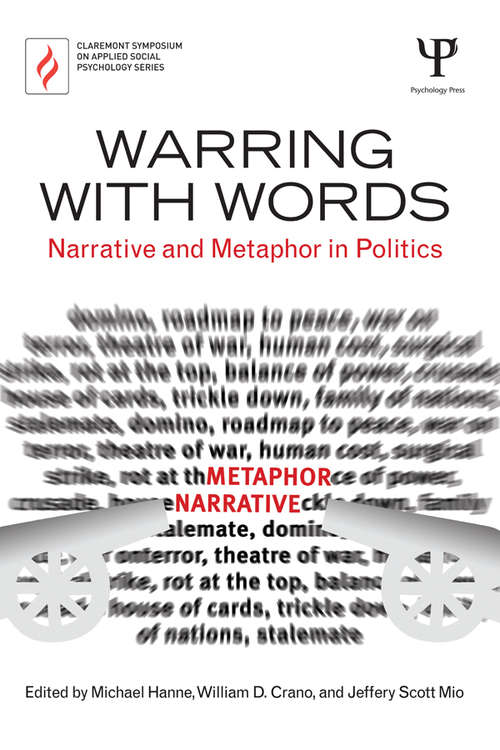 Scholars in many of the disciplines surrounding politics explicitly utilize either a narrative perspective or a metaphor perspective (though rarely the two in combination) to analyze issues -- theoretical and practical, domestic and international -- in the broad field of politics. Among the topics they have studied are:

competing metaphors for the state or nation which have been coined over the centuries in diverse cultures;

the frequency with which communal and international conflicts are generated, at least in part, by the clashing religious and historical narratives held by opposing groups;

the cognitive short-cuts employing metaphor by which citizens make sense of politics;

the need for political candidates to project a convincing self-narrative;

the extent to which the metaphors used to formulate social issues determine the policies which will be developed to resolve them;

the failure of narratives around the security of the nation to take account of the individual experiences of women and children.

This volume is the first in which eminent scholars from disciplines as diverse as social psychology, anthropology, political theory, international relations, feminist political science, and media studies, have sought to integrate the narrative and the metaphor perspectives on politics.

It will appeal to any scholar interested in the many ways in which narrative and metaphor function in combination as cognitive and rhetorical instruments in discourse around politics.