Every Day Is Game Day 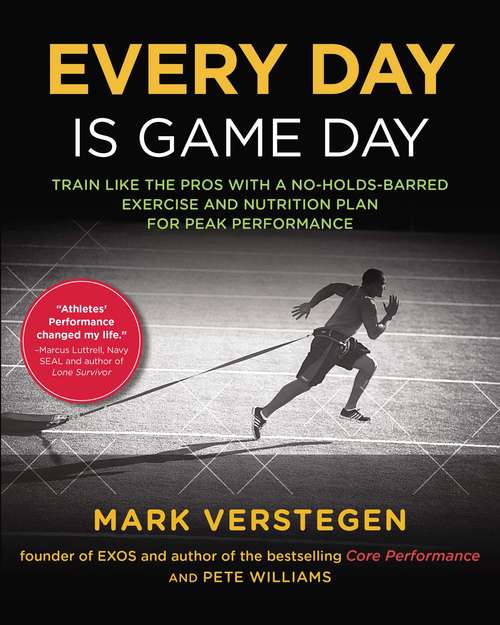 As founder and president of Athletes Performance, Mark Verstegen has trained the world's top athletes in sports including the NFL, Major League Baseball, and worldwide soccer powers, along with the most elite "tactical athletes"--U.S. Special Operations Forces personnel.

More than a decade ago, Verstegen's groundbreaking book Core Performance revolutionized the fitness industry and made core conditioning and functional training mainstream. In his new book, Verstegen presents his most hardcore program yet: a demanding system that challenges readers to perform at the highest level.

Borrowing heavily from his regimens used by the military and NFL-combine hopefuls, Verstegen breaks the system down into tough but easy-to-follow workouts that help readers become faster, more explosive, and more powerful while moving with greater efficiency and with far less potential for injury. If you've ever wanted to perform like the top sports champions or elite fighting forces, this is the book for you.