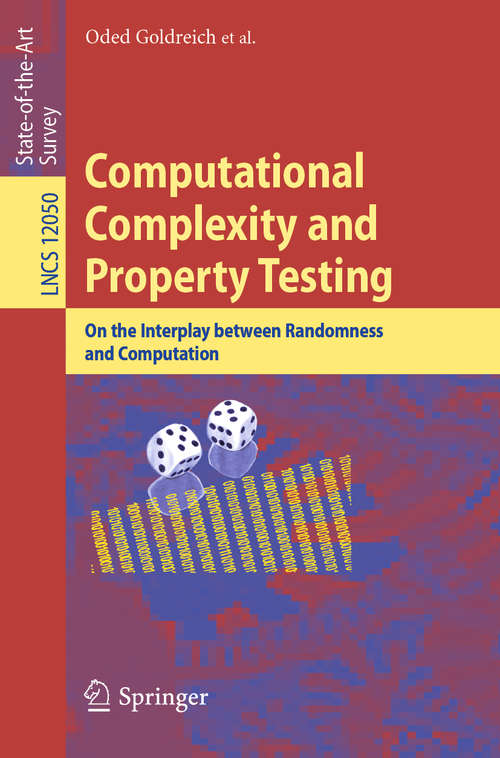 This volume contains a collection of studies in the areas of complexity theory and property testing. The 21 pieces of scientific work included were conducted at different times, mostly during the last decade. Although most of these works have been cited in the literature, none of them was formally published before.