The Environmental and Genetic Causes of Autism 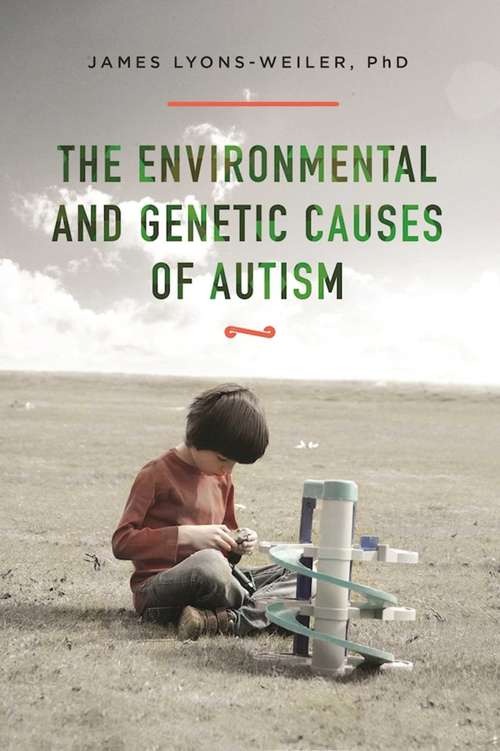 The Environmental and Genetic Causes of Autism delves deep into the full body of past and current research to reveal how genetic predispositions and environmental factors can combine to produce the conditions autism and autism spectrum disorders (ASD).To make this groundbreaking volume, Dr. James Lyons-Weiler combed through the past fifty years of published research on autism, exploring subjects such as genetic variation, mechanisms of neurotoxicity of metals and pesticides, and the central and combined roles of each in causing autism.Lyons-Weiler provides a major overview of all aspects of the condition of autism, reviews changes in diagnoses and treatments, and explains how genetic information can be used to tailor effective treatments, and sometimes reversals, of the symptoms. He also presents practical forward-looking suggestions on how to design future studies to facilitate the discovery of biomarkers for autism risk and how to classify the full range of autism spectrum disorders.Autism is considered one of the most mystifying conditions of our day, and alarmed scientists, doctors, politicians, and parents are desperately trying to understand why the condition is escalating. According to the CDC, rates in the United States have risen from an estimated one in two thousand children in 1980, to one in sixty-eight in 2012, and a new National Health Interview Survey shows a rate of one in forty-five. By the time you read this book, that number may have changed yet again.While most autism researchers focus on either environmental or genetic causes of autism, Lyons-Weiler's opus demonstrates that to fully understand the condition and to finally put its rate on the decrease, it is essential to pay attention to the science showing how the two classes of factors interact.