Forms of Pluralism and Democratic Constitutionalism 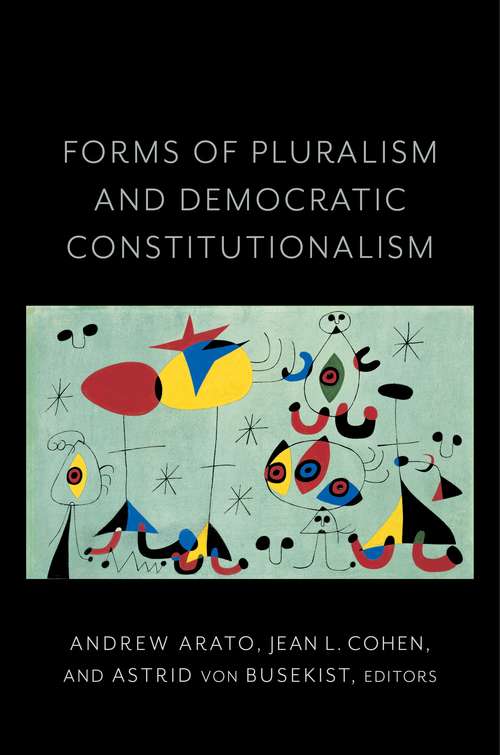 The achievements of the democratic constitutional order have long been associated with the sovereign nation-state. Civic nationalist assumptions hold that social solidarity and social plurality are compatible, offering a path to guarantees of individual rights, social justice, and tolerance for minority voices. Yet today, challenges to the liberal-democratic sovereign nation-state are proliferating on all levels, from multinational corporations and international institutions to populist nationalisms and revanchist ethnic and religious movements. Many critics see the nation-state itself as a tool of racial and economic exclusion and repression. What other options are available for managing pluralism, fostering self-government, furthering social justice, and defending equality?In this interdisciplinary volume, a group of prominent international scholars considers alternative political formations to the nation-state and their ability to preserve and expand the achievements of democratic constitutionalism in the twenty-first century. The book considers four different principles of organization—federation, subsidiarity, status group legal pluralism, and transnational corporate autonomy—contrasts them with the unitary and centralized nation-state, and inquires into their capacity to deal with deep societal differences. In essays that examine empire, indigenous struggles, corporate institutions, forms of federalism, and the complexities of political secularism, anthropologists, historians, legal scholars, political scientists, and sociologists remind us that the sovereign nation-state is not inevitable and that multinational and federal states need not privilege a particular group. Forms of Pluralism and Democratic Constitutionalism helps us answer the crucial question of whether any of the alternatives might be better suited to core democratic principles.