Politics, Innocence, and the Limits of Goodness 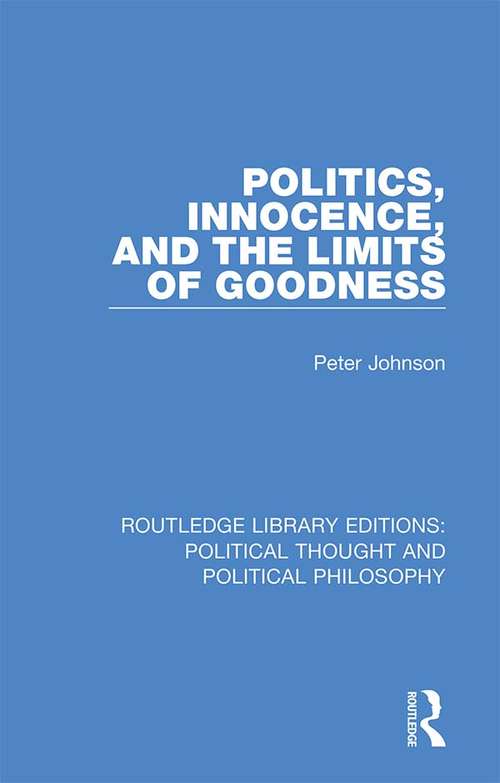 First published in 1988. Moral innocence is of enduring interest because it seems to embody our ideals in their purest form. The place of moral innocence in politics is the central theme of Peter Johnson’s subtle and original book. Are there moral dispositions which are not only incompatible with politics but actually endanger it? If it is sometimes necessary to act badly in order to achieve desirable objectives, what moral standpoints would exclude such a course at action?

Peter Johnson demonstrates convincingly why philosophical accounts of morality, past and present, are unable to explain moral innocence: its full impact on politics can only be grasped by putting aside traditional theories. Literature provides the key to a deeper understanding of the relationship between politics and morality. Melville’s Billy Budd, Shakespeare’s Henry VI, and Graham Greene’s The Quiet American reveal moral innocence at work in political circumstances of great intensity. Through these and other literary figures, we see at last the specific character of moral innocence and why it is connected with political disaster.

This closely reasoned yet deeply passionate book illuminates a problem of great contemporary interest and nowhere more so than in American public life. Original in theme and content, it confronts central issues of concern to the modern mind, not simply to academics, both teachers and taught, but to all those interested in how they might be governed.