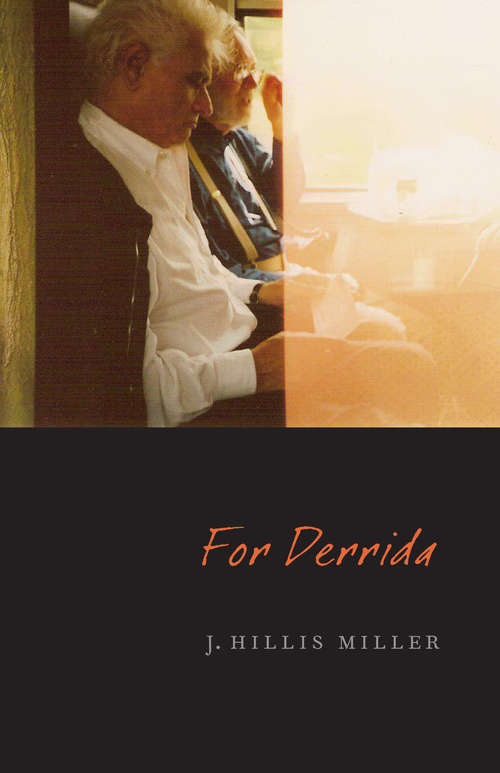 This book—the culmination of forty years of friendship between J. Hillis Miller and Jacques Derrida, during which Miller also closely followed all Derrida’s writings and seminars—is “for Derrida” in two senses. It is “for him,” dedicated to his memory. The chapters also speak, in acts of reading, as advocates for Derrida’s work. They focus especially on Derrida’s late work, including passages from the last, as yet unpublished, seminars. The chapters are “partial to Derrida,” on his side, taking his part, gratefully submitting themselves to the demand made by Derrida’s writings to be read—slowly, carefully, faithfully, with close attention to semantic detail.

The chapters do not progress forward to tell a sequential story. They are, rather, a series of perspectives on the heterogeneity of Derrida’s work, or forays into that heterogeneity.

The chief goal has been, to borrow a phrase from Wallace Stevens, “plainly to propound” what Derrida says. The book aims, above all, to render Derrida’s writings justice. It should be remembered, however, that, according to Derrida himself, every rendering of justice is also a transformative interpretation. A book like this one is not a substitute for reading Derrida for oneself. It is to be hoped that it will encourage readers to do just that.