Balancing the Commons in Switzerland 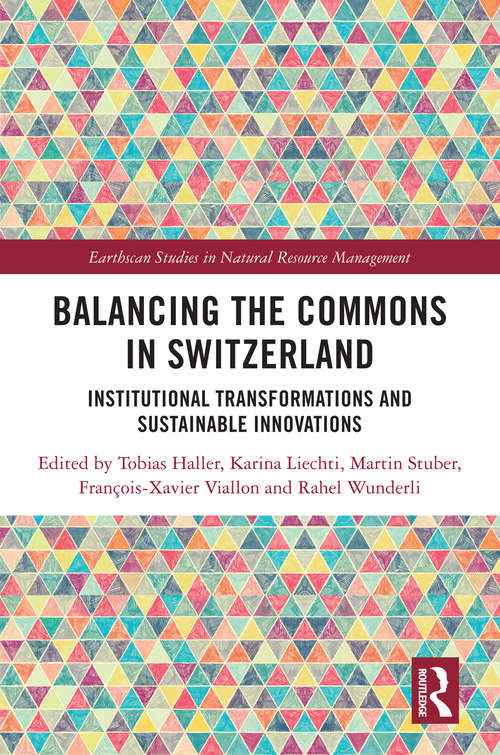 Balancing the Commons in Switzerland outlines continuity and change in the management of common-pool resources such as pastures and forests in Switzerland.

The book focusses on the differences and similarities between local institutions (rules and regulations) and forms of commoners’ organisations (civic communities and corporations) which have managed common property for several centuries and have shaped the cultural landscapes of Switzerland. At the core of the book are five case studies from the German, French and Italian speaking regions of Switzerland. Beginning in the late medieval ages and focussing on the transformative periods in the 19th and 20th Century, it traces the internal and external political, economic and societal changes and examines what impact these changes had on commoners. It goes beyond the work of Robert Netting and Elinor Ostrom, who discussed Swiss commons as a unique case of robustness, by analysing how local commoners reacted to, but also shaped changes by adapting and transforming common property institutions. Thus, the volume highlights how institutional changes in the management of the commons on the local level are embedded in the public policies of the respective cantons, and the state, which generates a high heterogeneity and an actual laboratory situation. It shows the very different ways that local collective organisations and their members have followed in order to cope with the loss of value of the commons and the increased workload for maintaining common property management. Providing insightful case studies of commons management, this volume delivers theoretical contributions and lessons to be learned for the commons worldwide.

This book will be of great interest to students and scholars of the commons, natural resource management and agricultural development.