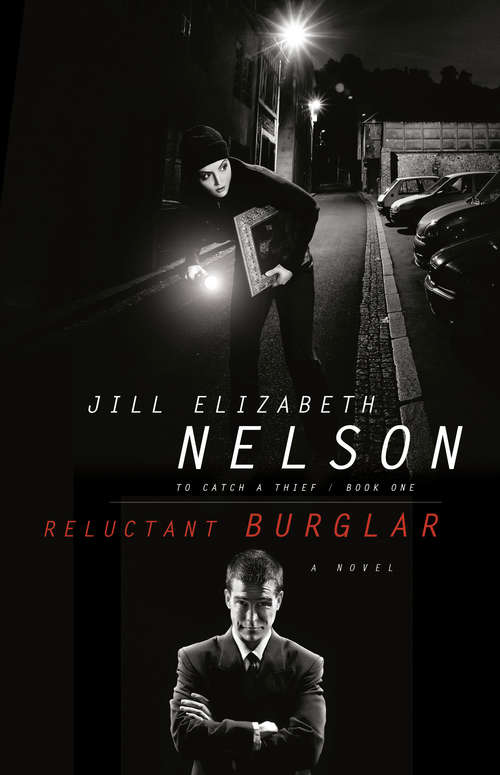 The Art of Art Thievery When Hiram Jacobs is murdered, the responsibility for his internationally renowned security company falls upon his daughter, Desiree. But a container full of stolen paintings screams the ugly truth--that her father was a thief. Option A: Turn the goods over to the law, disgrace her father's name, destroy their business, put people out of jobs, and embarrass international museums with the fact that they have been displaying clever forgeries. Option B: Surrender the art to the bad guys. But then she becomes an unwilling accomplice to the thieves, and her father's murderer would walk free. Worse, a death threat warns her not to cooperate with federal agents. Can she trust God to guide her down the right path when no option seems right...let alone safe? Art stole her heart... Now can she return the favor? If Desiree Jacobs knows anything, it's art. Her father, whose security company is internationally renowned, taught her everything he knew. Most of all, he taught her about honor. Integrity. Faith. So surely God will forgive her for despising the one man determined to destroy her father's good name? Special Agent Tony Lucano knows Hiram Jacobs is an art thief. But what he can't figure out is Desiree. Is she the innocent victim...or a clever accomplice? Then Hiram is murdered. And along with his company, he leaves Desiree a hidden container full of stolen paintings. But she can't admit her father was a thief! That would destroy their business, put people out of jobs, and embarrass international museums that have been displaying clever forgeries. No, she must find out why her honest father would turn criminal. And she must return the priceless art to the rightful owners without their knowledge. Even if it means facing down a ring of cutthroat art thieves...or accepting help from the man she most distrusts. "Buckle your seat belt for a wild, heart-pulsating read. Jill Elizabeth Nelson's debut novel will leave you breathless!" Linda Wichman, award-winning author of Legend of the Emerald Rose "Reluctant Burglar offers a unique blend of who-dunit mystery and high-stakes thriller, with a touch of humor and romance." Sharon Dunn, award-winning author of the Ruby Taylor mysteries READER'S GUIDE INCLUDED Story Behind the Book"One night I woke up, my whole body tense, after dreaming that a woman had snuck into a home in the middle of the night to return a genuine painting that had been stolen and replaced by a clever forgery. I knew little about her except that she was an expert at what she did, and if she was caught, disaster would follow. My imagination began to play with that nugget. I love stories where people risk much to do the right thing, and I feel sick whenever I hear of art or antiquities desecrated or stolen. Putting these elements together into a tale of intrigue--with a sassy heroine and an intense hero--came easily. I believe that capturing the imagination with a gripping story makes a most effective vehicle to convey thought-provoking realities." -- Jill Elizabeth NelsonFrom the Trade Paperback edition.