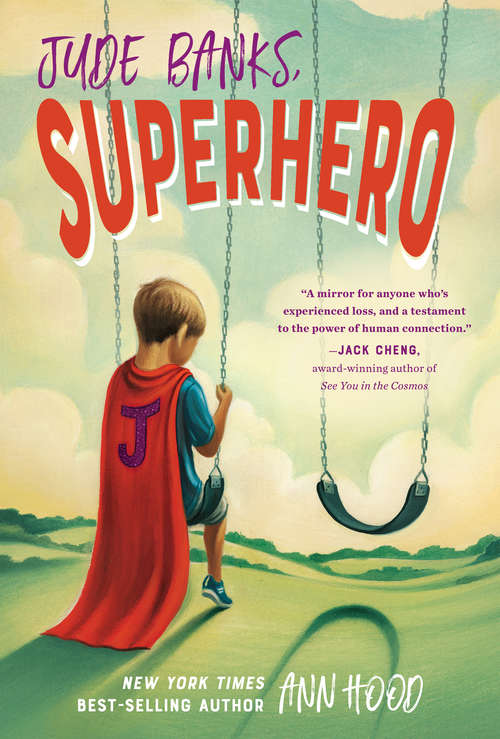 New York Times best-selling author Ann Hood pens a poignant story of grief and resilience, perfect for readers of The Thing About Jellyfish."A testament to the power of human connection.&” —Jack Cheng, award-winning author of See You in the Cosmos  Katie was Jude's favorite person in the world. And not many brothers say that about their sister and mean it. But to Jude, Katie was everything--the person who made him learn how to say "I love you" in every language, who performed dramatic readings of Romeo and Juliet, who obsessed over every item on the diner menu looking for the most authentic diner meal. The one who called him "Jude Banks, Superhero," because to her, Jude was the best. She was also the person who died. Out of nowhere, and without a goodbye. And Jude believes he was the one who killed her. Now, twelve-year-old Jude must figure out what life looks like without his favorite person. With Mom checked out, and Dad just trying to do his best, Jude enters a world of grief youth groups and dropped-off lasagnas. It's only when he meets a girl named Clementine, who also lost a sibling, that he begins to imagine a world where maybe things might be okay. But Clementine is also feeling a terrible guilt, and even though Katie called Jude a "superhero," he isn't sure he can save her. In her signature prose, Hood crafts an extraordinary story of grief and resilience, asking the important question: How does a family begin to heal?