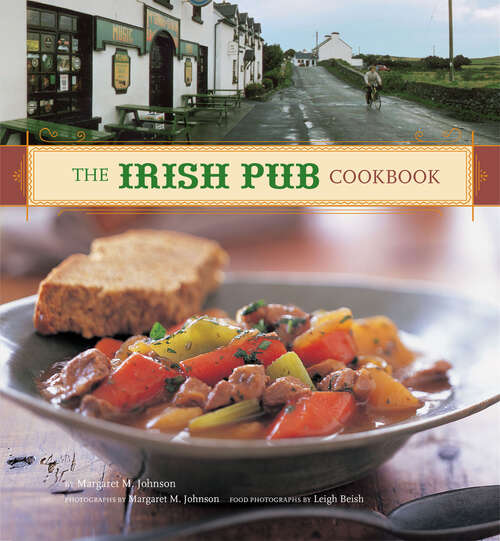 Talk about the luck of the Irish! One of the most beloved of Irish institutions (there are more than one thousand in Dublin alone), the traditional pub has served generations as the venue for local gossip, sporting news, a ceilidh or two, literary soirees, real estate deals, political debates, revolutionary plots, and, lest we forget, for knocking back a pint of Guinness or a "ball of malt." The food's not bad either--as The Irish Pub Cookbook so deliciously demonstrates. It's a celebration of over 70 pub classics: thick soups and stews; savory tarts and meaty pies; big bowls of salad (times change!); and desserts of the seconds-are-always-appropriate variety. There's shepherd's pie, fish and chips, seafood chowder, and whiskey bread pudding for those with a taste for the quintessential. Contemporary specialties such as Bacon, Blue Cheese, and Courgette Soup; Salmon Cakes with Dill and Wine Sauce; Braised Lambshanks with Red Currants; and White Chocolate Terrine spotlight modern Irish cooking's richly deserved acclaim. Complete with pub photos, history, and lore, nobody leaves hungry when The Irish Pub Cookbook is in the kitchen.