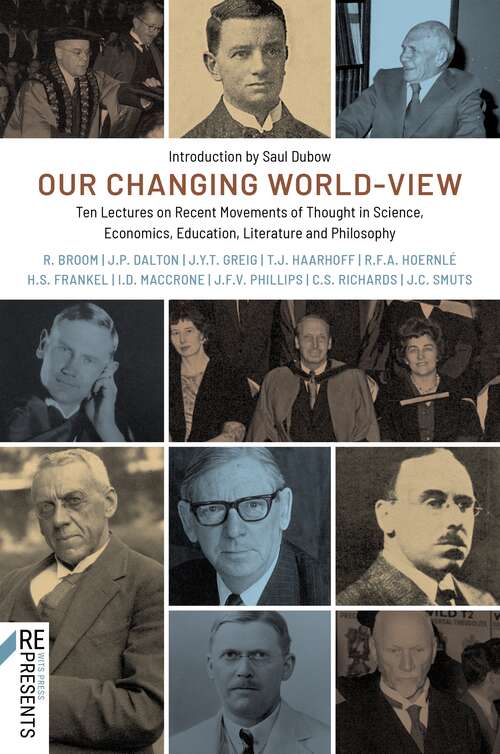 Johannesburg was still a brash mining town, better known for the production of wealth than knowledge, and the University of the Witwatersrand a mere ten years old when, in 1932, these ten lectures were delivered under the auspices of the University Philosophical Society. They portrayed the ideas of the university’s leading academics of the day, and the programme of lectures reveals a studied effort to introduce an element of bipartisan political representation between English and Afrikaner in South Africa by including Wits’ first principal, Jan Hofmeyr, and politician, D.F. Malan, as discussion chairs. Yet, no black intellectuals were represented and, indeed, the politics of racial segregation bursts through the text only in a few of the contributions. For the most part, race is alluded to only in passing.As Saul Dubow explains in his new introduction to this re-issue of the lectures, Our Changing World-View was an occasion for Wits’ leading faculty members to position the young university as a mature institution with a leadership role in public affairs. Above all, it was a means to project the university as a research as well as a teaching institution, led by a vigorous and ambitious cohort of liberal-minded intellectuals. That all were male and white will be immediately apparent to readers of this reissued volume. Ranging from economics, psychology, a spurious rebuttal of evolution to a substantial revisionist history and the perils of the ‘machine age’, this book is a sombre reflection of intellectual history and the academy’s role in promulgating political and social divisions in South Africa.