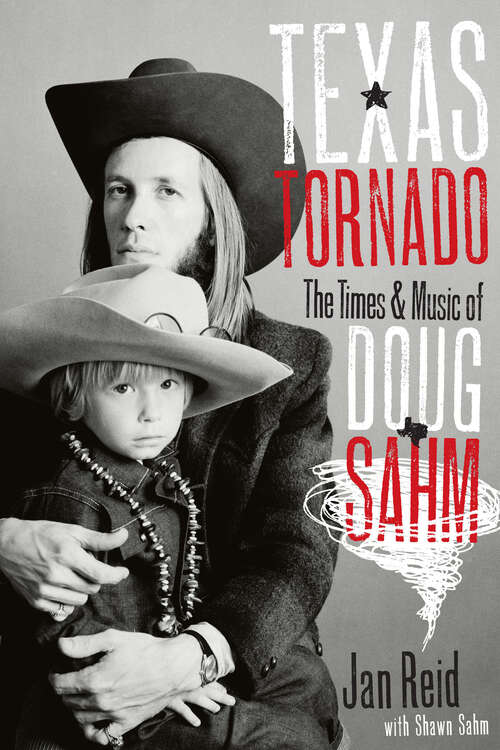 A biography of the Sir Douglas Quintet and Texas Tornados founder, a rock and roll innovator whose Grammy Award–winning career spans half the twentieth century.Doug Sahm was a singer, songwriter, and guitarist of legendary range and reputation. The first American musician to capitalize on the 1960s British invasion, Sahm vaulted to international fame leading a faux-British band called the Sir Douglas Quintet, whose hits included &“She&’s About a Mover,&” &“The Rains Came,&” and &“Mendocino.&” He made the cover of Rolling Stone magazine in 1968 and 1971 and performed with the Grateful Dead, Dr. John, Willie Nelson, Boz Scaggs, and Bob Dylan.Texas Tornado is the first biography of this national music legend. Jan Reid traces the whole arc of Sahm&’s incredibly versatile musical career, as well as the manic energy that drove his sometimes-turbulent personal life and loves. Reid follows Sahm from his youth in San Antonio as a prodigy steel guitar player through his breakout success with the Sir Douglas Quintet and his move to California, where, with an inventive take on blues, rock, country, and jazz, he became a star in San Francisco and invented the &“cosmic cowboy&” vogue. Reid also chronicles Sahm&’s later return to Texas and to chart success with the Grammy Award–winning Texas Tornados, a rowdy &“conjunto rock and roll band&” that he modeled on the Beatles and which included Sir Douglas alum Augie Meyers and Tejano icons Freddy Fender and Flaco Jimenez.With his exceptional talent and a career that bridged five decades, Doug Sahm was a rock and roll innovator whose influence can only be matched among his fellow Texas musicians by Buddy Holly, Roy Orbison, Janis Joplin, and Stevie Ray Vaughan. Texas Tornado vividly captures the energy and intensity of this musician whose life burned out too soon, but whose music continues to rock.&“Doug was like me, maybe the only figure from that period of time that I connected with. His was a big soul. He had a hit record, &“She&’s About a Mover,&” and I had a hit record [&“Like a Rolling Stone&”] at the same time. So we became buddies back then, and we played the same kind of music. We never really broke apart. We always hooked up at certain intervals in our lives. . . . I&’d never met anyone who&’d played on stage with Hank Williams before, let alone someone my own age. Doug had a heavy frequency, and it was in his nerves. . . . I miss Doug. He got caught in the grind. He should still be here.&” —Bob Dylan&“I once made the analogy that Doug was like St. Sebastian—pierced by 1,000 arrows—but instead of blood, talent coming out of every wound. I really regard him as the best musician I ever knew, because of his versatility, and the range of his information and taste.&” —Jerry Wexler, Atlantic Records producer