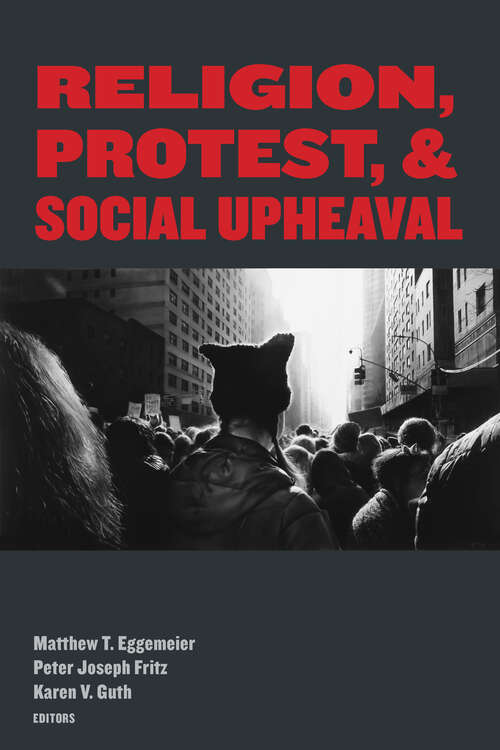 Represents some of the best, cutting-edge thinking available on multiple forms of social upheaval and related grassroots movements.From the January 2017 Women’s March to the August 2017 events in Charlottesville and the 2020 protests for racial justice in the wake of George Floyd’s murder, social upheaval and protest have loomed large in the United States in recent years. The varied, sometimes conflicting role of religious believers, communities, and institutions in such events and movements calls for scholarly analysis. Arising from a conference held at the College of the Holy Cross in November 2017, Religion, Protest, and Social Upheaval gathers contributions from ten scholars in religious studies, theology and ethics, and gender studies—from seasoned experts to emerging voices—to illuminate this tumultuous era of history and the complex landscape of social action for economic, racial, political, and sexual and gender justice.The contributors consider the history of resistance to racial capitalist imperialism from W. E. B. Du Bois to today; the theological genealogy of the capitalist economic order, and Catholic theology’s growing concern with climate change; affect theory and the rise of white nationalism, theological aesthetics, and solidarity with migrants; differing U.S. Christian churches’ responses to the “revolutionary aesthetics” of the Black Lives Matter movement; Muslim migration and the postsecular character of Muslim labor organizing in the United States; shifts in moral reasoning and religiosity among U.S. women’s movements from the 1960s to today; and the intersection of heresy discourse and struggles for LGBTQ+ equality among Korean and Korean-American Protestants. With this pluralistic approach, Religion, Protest, and Social Upheaval offers a snapshot of scholarly religious responses to the crises and promises of the late 2010s and early 2020s. Representing the diverse coalitions of the religious left, it provides groundbreaking analysis, charts trajectories for further study and action, and offers visions for a more hopeful future.