The Five Acts of Diego Leon 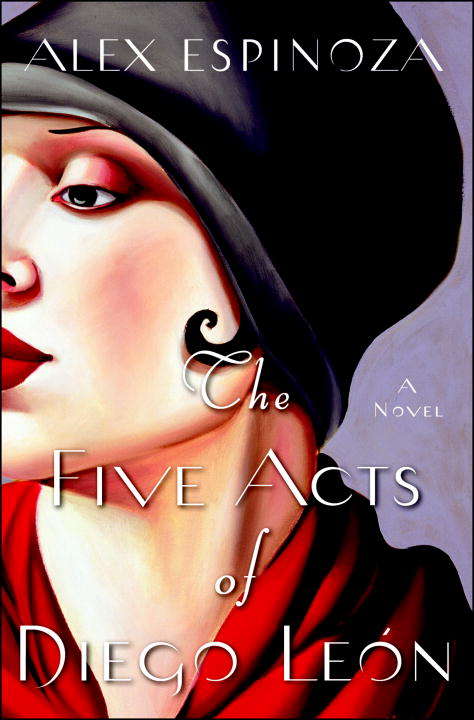 Acclaimed author Alex Espinoza, whose writing Lisa See has called "fresh, magical, beautiful, and evocative," returns with a captivating, unforgettable novel set in Hollywood's Golden Age, as a gifted and determined young man leaves Mexico--and everything he's ever known--to follow his dreams. Growing up in a rural village at the height of the Mexican Revolution, Diego León has many first loves: singing, dancing, and hearing the stories of his ancestors, the P'urhépecha. But when tragedy strikes, young Diego is sent to the city to live with his aristocratic grandparents, who insist he forget his roots and groom him to take over the family business. Under pressure to enter a profession--and a life--he cares nothing for, and haunted by the violence once again erupting all around him, Diego flees his war-torn country to forge his own destiny. Diego arrives in Hollywood in 1927, when silent films are giving way to talkies, Prohibition is in full swing, and "Latin lover" types are sought out even as they are looked down upon. Working his way up in the movie business with talent and ingenuity, Diego soon figures out that getting one's face on the silver screen has as much to do with what goes on behind the camera as what goes on in front of it. But the closer Diego comes to stardom, the more he finds that the past is not so easily escaped, as he is drawn again and again to the painful legacy of history and the wounds of his homeland. A sweeping, sensual novel of love, ambition, and identity, The Five Acts of Diego León bears all the marks of a classic Hollywood story: romance, betrayal, glamour, and an underdog hero to root for till the end."An elegant, startling vision of a Mexican in America, The Five Acts of Diego León proclaims the ascendance of a unique new talent, Alex Espinoza--a Chicano in America certain to surpass the fame of his novel's silent Hollywood hero. Espinoza takes our literature from a mute, black-and-white era to a national stage with full-spectrum color, in high-tech surround sound."--Dagoberto Gilb, author of Before the End, After the Beginning