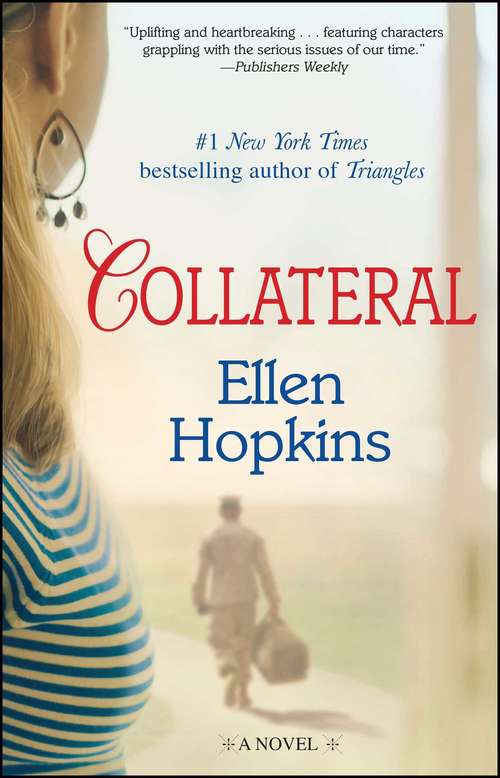 From the New York Times bestselling author of Triangles comes an exquisitely told story about a young woman torn between passionate first love and the gripping realities of war. Meet Ashley, a graduate student at San Diego State University. She was raised in northern California reading poetry and singing backupin her best friend's band. The last thing she ever expected was to end up a military wife. But one night, she meets a handsome Marine named Cole. He doesn't match the stereotype of the aggressive military man she'd always presumed to be true; he's passionate and romantic, and he even writes poetry. Their relationship evolves into a deeply felt, sexually charged love affair that goes on for five years and survives four deployments. Cole desperately wants Ashley to marry him, but when she meets another man, a college professor, with similar professional pursuits and values, she begins to see what life might be like outside the shadow of war. Written in Ellen Hopkins's stunning poetic verse style, Collateral captures the hearts of the soldiers on the battlefield and the minds of the friends, family, and lovers they leave behind. While those at home may be far from the relentless, sand-choked skies of the Middle East and the crosshairs of a sniper rifle, they, too, sacrifice their lives and happiness for their country at war. And all must eventually ask themselves if the collateral damage it causes is worth the fight. *** COLLATERAL Loving Any Soldier Is extremely hard. Loving a Marine who's an aggressive frontline marksman is almost impossible, especially when he's deployed . . . . . . Cole's battalion has already deployed twice to Iraq and once to Afghanistan. Draw-down be damned, Helmand Province and beyond looks likely for his fourth go-round. You'd think it would get easier. But ask me, three scratch-free homecomings make another less likely in the future.