Immanuel Wallerstein and the Problem of the World 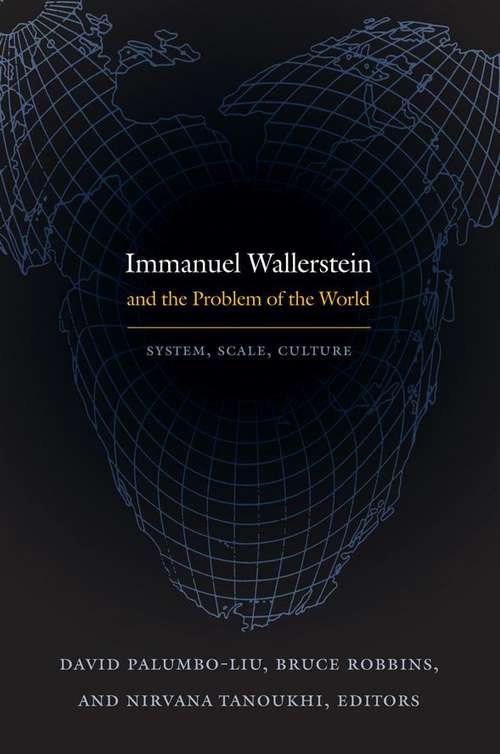 In this collection of essays, leading cultural theorists consider the meaning and implications of world-scale humanist scholarship by engaging with Immanuel Wallerstein's world-systems analysis. The renowned sociologist developed his influential critical framework to explain the historical and continuing exploitation of the rest of the world by the West. World-systems analysis reflects Wallerstein's conviction that understanding global inequality requires thinking on a global scale. Humanists have often criticized his theory as insufficiently attentive to values and objects of knowledge such as culture, agency, difference, subjectivity, and the local. The editors of this collection do not deny the validity of those criticisms; instead, they offer Wallerstein's world-systems analysis as a well-developed vision of the world scale for humanists to think with and against. Scholars of comparative literature, gender, geography, history, law, race, and sociology consider what thinking on the world scale might mean for particular disciplinary practices, knowledge formations, and objects of study. Several essays offer broader reflections on what is at stake for the study of culture in decisions to adopt or reject world-scale thinking. In a brief essay, Immanuel Wallerstein situates world-systems analysis vis--vis the humanities. Contributors. Gopal Balakrishnan, Tani E. Barlow, Neil Brenner, Richard E. Lee, Franco Moretti, David Palumbo-Liu, Bruce Robbins, Helen Stacy, Nirvana Tanoukhi, Immanuel Wallerstein, Kren Wigen