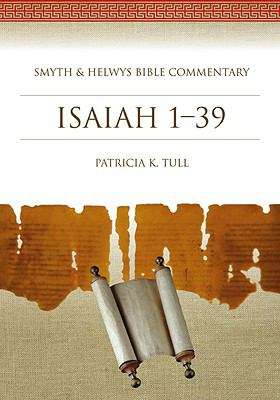 The prophet Isaiah's influence extended from his long career in Jerusalem in the late 8th century BCE through Judah's exilic and Second Temple periods. Through the ages in both Judaism and Christianity, Isaiah's words have funded subsequent theological writings, liturgies, lectionaries, hymns, poetry, and art. Among early Christian writings, Isaiah was seen as "evangelist rather than prophet," foretelling Christ's birth, life, death, and resurrection-a view that continues to prevail today, though scholars have long argued that Isaiah addressed his own time and not, in the first instance, the distant future. Readers of Tull's engaging guide will come to understand Isaiah as visionary spokesperson of ancient Jerusalem's God in a critical moment in the history of western faith. They will learn about the paths the book traveled as it grew, absorbed new meanings, underwent reinterpretion, and emerged as Scripture for synagogues and churches. Preachers, teachers, and students will imagine afresh the connections between modern people and this ancient book ... the primary goal of the Smyth & Helwys Bible Commentary series is to make available serious, credible biblical scholarship in an accessible and less intimidating format.